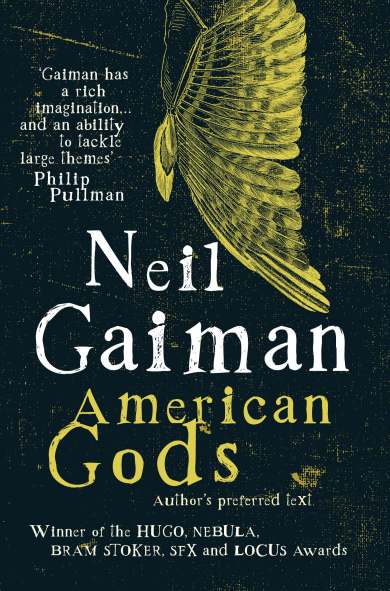 Stephen King meets Terry Pratchett, this book is a bit of a doorstopper, (I read the “authors preferred text” which has some parts added back in, making it a bit longer). Following a man called Shadow, who gets out of prison to find that his wife and best friend have just died, and takes up a job with a mysterious man called Wednesday. His job appears to be to be a strong man, a hired thug and assistant.

But things get weird: his new boss is more than he appears, his wife isn’t as dead as she should be, and Shadow is having some very vivid dreams.

Part road trip, part fantasy novel, the book is often funny, often sad, and pleasingly dips into dark fairytale narratives. It also has different pantheons of gods and mythic beings, and a huge storm of a battle brewing. It’s a bit of a strange book, as it doesn’t fit any one genre, but it won loads of prizes for a very good reason, and I really liked it. Highly recommended.

Read It If: You’re looking for something a bit different.