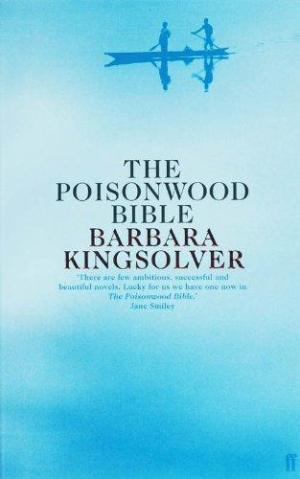 In 1959, Nathan Price, a zealous Baptist preacher from Georgia, with his wife and four daughters go to a village in the Belgian Congo to preach and convert the people. The story is told from the very different perspectives of Orleanna, the wife, her beautiful eldest Rachel, her twins, pious Leah and silent Adah, and little Ruth May who is precocious and only 6.

Having no real understanding of what they are up against, from the climate to the social customs and foods of the Congo, or to the political unrest around them, they are largely ignorant but vary in their levels of openness. The book is about the way that they come to understand life, and how dangerous their ignorance is. They are initially quite proud and look down on their neighbours, but in varying degrees find that the place and the people get a hold on them that won’t ever let go.

The book is partly about white ignorance, with Nathan being a pretty awful and uncaring bigot, determined to do things his way and control everything, destroying himself and his family in the process, in the name of religion. He has an unwillingness to adapt to new circumstances, which starts to get pretty annoying after a while. His wife is dragged along through his life, with little will of her own, submissive to her husband. Her daughters vary in degrees of wanting to be good enough for him to just avoiding his wrath.

Where this book is at its’ best is in its’ focus on the lives and history of the Congo region at this time. There are great changes, from being occupied to becoming a republic. And it’s also fascinating to read about the way that people live there, the family arrangements, what people eat or wear, what animals there are, the weather. The way that people think. What I got a bit tired of was the determined ignorance of the preacher Nathan Price, he’s a fairly one-dimensional bad guy, and it’s a long book to have to spend with him.

The book also felt a bit sanctimonious to me. It’s a book about the situation in Africa, specifically the Belgian Congo, the way that the country has been used by white people for its’ resources, and the intervention of America and other countries in politics for financial gain. But the main characters are white. It felt to me like there was ignorance on both sides that got pretty irritating to read about, but it feels like one of those stories about how bad white people have treated basically everyone (and we have), but we’re meant to feel sympathy because we, the reader, and they, the protagonist, are not like that.

It’s a well written book and an interesting story, although long, but I would have preferred a history of the region, or a history of a mission families. However, I did learn something, and I think some people will really enjoy this book.

Read It If: you like books about family, overbearing fathers or people overcoming religious or racial ignorance. However there are better African novels (Chimamanda Ngozi Adichie comes to mind).

3 thoughts on “The Poisonwood Bible by Barbara Kingsolver”