There is in London a long held tradition of pub theatre. Usually upstairs, sometimes down, these beautiful old pubs of London will have a small theatre and will hold some interesting events. Personally, I think that it’s a great way to see a wider part of London and the arts, without the big price tag or the PC-ness of the West End shows. But I would never have known about them if it weren’t for my friend Simon, whose previous plays have sometimes been held in places such as these.

I always try to see all of Simon Jay’s plays and works. He has a wonderful sense of humour and the whimsical, backed up by a keen eye for satire and for the world around him. He is an intelligent and informed man. And he makes me laugh.

His current work, Trumpageddon, is, if you’ll excuse the expression, a hoot. He first performed it up in Scotland for the Edinbrugh Fringe Festival, and it was so funny and critically acclaimed that it has made it’s transfer down to London, where you can see it at the Kings Head Theatre in Angel, on Monday 19th. (Click HERE for more details, and tickets.)

You should go and see it on Monday. Yes, you should.

Trumpageddon is, perhaps obviously, about the US elections and the Presidential Candidate Donald Trump. Simon inhabits the role, with all the orange fake tan and idiotic gurning you could desire, and the play is part game, part question-time, and part biography. And it’s all terrifyingly delightful. 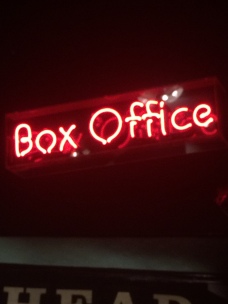 Honestly, it cracked me up. He’s so spot on with the way that Trump talks, avoids questions and speechifies, and he’s got such a quick wit.

A seriously fun way to spend your Monday.

Simon Jay is a fascinating person, and I feel like he’s on the up and up, it’s a great chance to see one of the futures comedians and commentators at the sort of start of his career. If you can’t make it on Monday, but you’d like to know more about Simon, HERE is another piece about him, on this site, about his biography called Bastardography, which you can buy in Kindle or Paperback HERE. It’s a really intense and funny look into the life of a young boy coming out of the closet and coming into his own, as well as dealing with Borderline Personality Disorder, and I think it’s a real page turner. Or head over to the Kings Head Theatres site HERE and get your tickets for Monday!