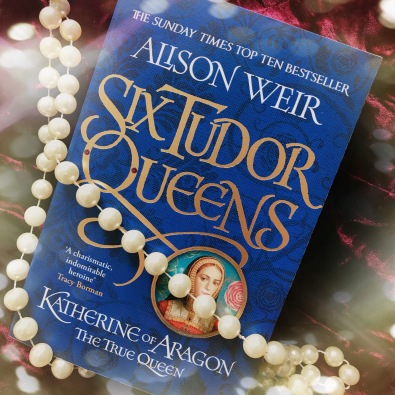 There’s something about Henry VIII and his wives that is endlessly fascinating. I’ve read a few different books about him, his wives, and also his children, most especially Elizabeth I. One of the best historians of the period, and one of the most easily accessible, is Alison Weir. Her works on the period are incredibly well researched and her writing style feels very literary and entertaining to read. It’s no surprise then that she has over the years turned to fictionalised accounts of the time period that she knows so well.

This book is the first in a series on the wives of Henry VIII, and follows the life of Katharine of Aragon, a Spanish Princess who was sent to England to marry Henry’s older brother who died shortly after the wedding. She went on the become Henry’s first wife, and loved him dearly, though she was put aside and their marriage annulled. This is her story, from her landing in England as a teenager, through her first marriage, her second, and her life as a divorced woman and a deposed queen. (The rest of the series will follow each queen through her life from her perspective)

The book shows what kind of woman Katharine was, a strong and moral one, but who was also a political pawn. She was also a mother and a woman who loved her husband, but was rejected by him. It’s a vibrant tale and a well written history, though it’s quite sad in many ways too.

Though I like my historical fiction to stay close to the facts, and I love that Alison Weir brings Katharine to life through having read her letters and documents, as opposed to inventing or imagining her character, I think that sometimes this book felt a little slow and dense in places, through the sheer weight of the facts. Where a narrative fiction writer would cut for pace, the historian must explore for truth and meaning. It’s a weighty book, but for lovers of the time period, very satisfying. It was nice to see Katharine get the attention and understanding she deserves next to her more racy fellow wives.

Read It If: historical fiction for history lovers, this is beautifully written, heart felt and well researched. Might be a bit dense or slow for some.