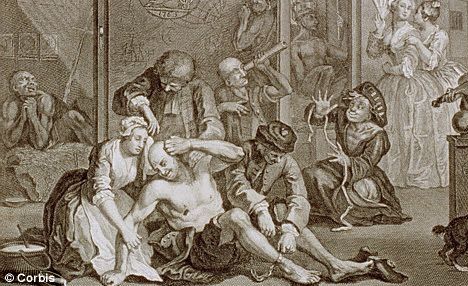 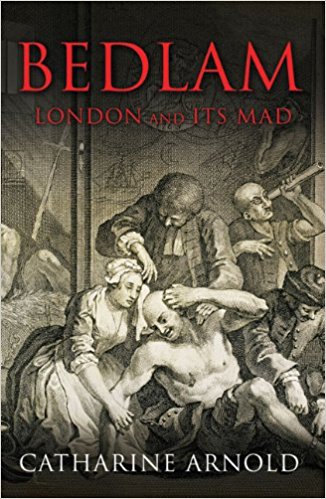 The word Bedlam became part of common usage as a slang word for chaos, anarchy and mess, but was originally a well known hospital for those suffering from mental illness. It was established in 1247 and existed at different sites til the 1930’s. It’s history is the history of the treatment for people who were “mad” throughout the ages.

In Catharine Arnold’s book, the history of the famous hospital and the treatments there are detailed. We are taken chapter by chapter through the history of the hospital, from where it got it’s name, where it was initially housed, who was in charge, and how the funds given to the asylum where misappropriated time and again. We are told what living conditions were like for patients through the ages, as well as what kinds of behaviours and problems people might be committed for exhibiting. The attitudes to mental illness and the people who suffered from it are also looked at, from the centuries where dropping by the hospital to gawk at and taunt the people who lived there was a London pastime, to more recent years, when cures were explored and implemented. Overall, it seems like there’s a sense that people who are mentally ill used to be considered to be being lazy and dramatic in some way, and that a good beating will generally sort them out. It’s very sad.

The book tends to focus more on the buildings that housed the hospital and the politics surrounding the founding and appointments there, and though it does cover quite a lot of the treatment of the patients, somehow, perhaps because the book focuses less on patient cases and stories, it feels a little like it skims the surface. That doesn’t make this book any less fascinating, really, but it just feels a little less personal somehow. I liked the history, but I don’t care what kind of bricks the buildings were made of, I want to hear about how the people were treated and who they were. That said, the doctors who were the heads of the hospital were covered really well, and were quite fascinating. On the whole, this book is really interesting, and very compassionate too.

Read It If: you love London history or the history of medicine or mental health. It’s a really fascinating story.