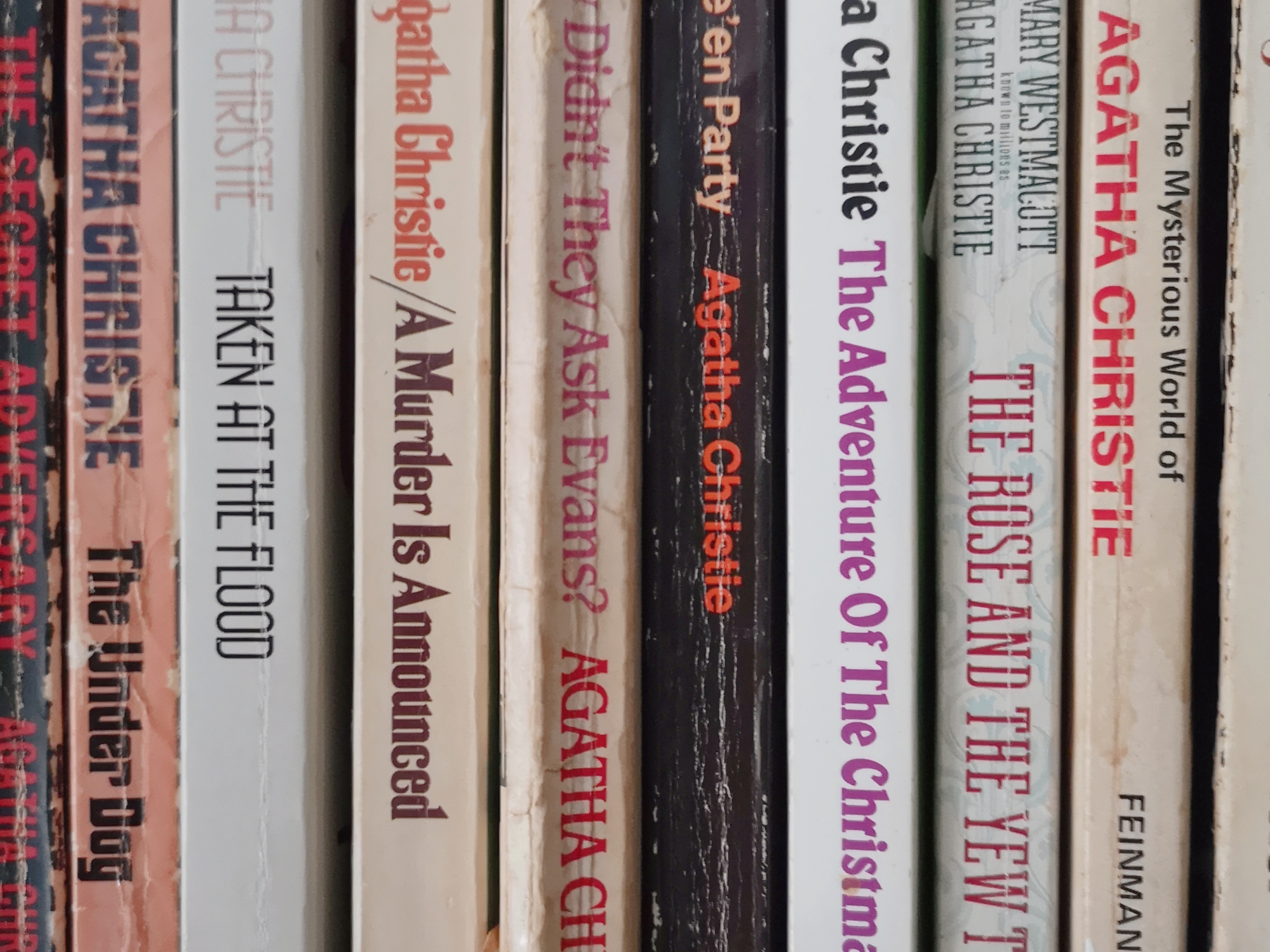 A prolific writer who has made it to the Guiness Book of Records as the bestselling author of all time, Agatha Christie is a remarkable writer. Largely known for her detective stories, often featuring the Belgian Detective Poirot or the oft underestimated elderly Miss Marple of St Mary Mead, she also wrote plays, including Mousetrap, which is the longest running play in history. I’ve always really enjoyed her books, and set out to read all her books as my reading list. This is what I learned.

I wrote short reviews of all her books in this page HERE and you can see which ones I loved and reccommend, as well as see a list of all her works.

I could write whole essays about the life and times of Agatha Christie or her creations, but I feel like these are the main things that struck me after reading her whole body of work. I had a lot of fun reading all of her books. I have two biographies on her reading list page (HERE again) that I reccomend if you’re interested, and also I’ve starred some of my favourites on there if you’d like to try reading some of her books or just want to know which ones I enjoyed the most.