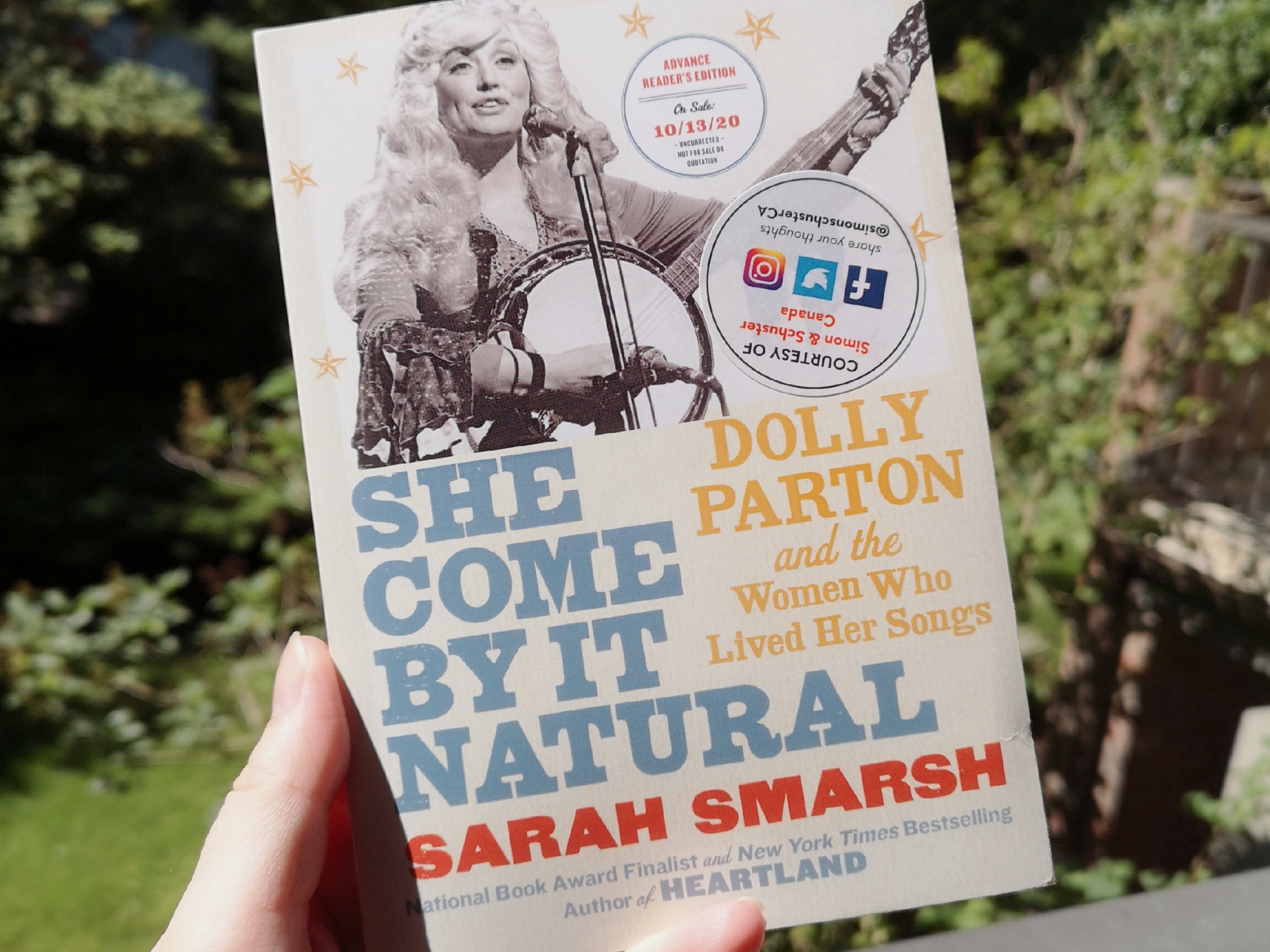 I love Dolly Parton. She’s such an original and such a bright spark of honesty and kindness. She’s funny, she’s smart, she makes fun of herself and handles it brilliantly when others make fun of her. She never talks badly about others and has even been known to offer a helping hand to people who haven’t always supported her. And her music is pretty great too!

This book is an adaptation of a four part series for No Depression: The Journal Of Roots Music. Sarah Smarsh looks at Dolly’s life and her stories, and how she has been a voice for a group of women rarely represented in main stream media and music. The type of working class or poorer women that Sarah Smarsh recognises in her own family, especially her mother and grandmother. So it’s partly a look at Dolly’s life but it’s also a personal book, and it also explores the context of how these kinds of women are positioned in American society. Maybe that sounds a little academic, but it’s a real page turning read.

You might be familiar with Sarah Smarsh from the Dolly Parton’s America podcast, which she made an appearance on to talk about this article and her research. (I like this book better than that podcast, it felt kind of cynical to me, unlike this book) She also wrote a much lauded book called Heartland, which is a look at the women in her family, and the hard working but overlooked demographic they represent. She talks a bit about her mother and grandmother here in this book, and I love them. I have to say, I will be getting a copy of Heartland and reading that.

What I think got me so much about this book is that it gives so much context to the music and positioning of Dolly. I think it has been easy to look at her and kind of make fun, even she herself sometimes has referred to herself as a cartoon. But there’s a lot more going on than that. She is brave enough to be very female, to celebrate the feminine in an industry dominated by men and where most of her interviews have centered on her boobs. She has showed how women like her have grace and grit, as well as the way she just embraces being female. I think this is what really draws me to Dolly, she’s so joyful about being a woman, but she also has true grit and grace. This book also shows how her music reflects the way that she grew up knowing who she was in poor conditions and was laughed at for having dreams. That she rose to fame in the 70’s and had to deal with men like Porter Wagoner who were raised to be dominating and patronizing, and the way her music speaks to people who lived through these times and experiences. The way she entered into films in the 80’s where feminism was making inroads into films, and worked on 9 To 5, which is still a startling and hilarious look at sexism in the workplace and is still relevant. This book shows us how she represents women who live through things like these, as well as speaking to anyone who loves her music. She is proud of where she comes from, and this book helped me see where that place is.

She has represented women who are often down trodden, making ends meet, working hard for little pay, are more likely to experience domestic violence and who have less access to education. As Sarah talks about these women, I felt like, though I’m someone who has had access to education and privilege, I’m also someone who grew up around people who didn’t. I’ve experienced domestic violence in my own life, harassment in the workplace and the sense that the more economic agency you have, the safer you are from assault. I thought, yes! I get this. I think I have responded to what her songs are about and her voice without knowing what it was that spoke so strongly to me sometimes. Of course, these are things that other genders or demographics can relate to as well. And I think that’s all such a great angle for a book. It puts Saint Dolly in the light of a person who is worthy of academic study and who has done some pretty amazing things.

There’s some criticism that I’ve seen that this book talks about feminism, and Dolly has said that she’s not a feminist. I know that the term “feminist” is kind of a polarising word at the moment, but I think those responses are more knee jerk than really taking in what the author is saying about the way that women in middle or upper class are able to use the word feminism and have this lexicon that lower class women don’t have or aren’t allowed. So, if you have been put off by that, please consider reading this book. The author isn’t trying to convert you or something.

I enjoyed this book a lot, and I felt uplifted reading it. Dolly really speaks to the best in us. In fact, go listen to her latest song, it’s a response to the pandemic and it’s great.

Thank you, Simon & Schuster Canada for the advanced copy of this book for review. All opinions are my own honest thoughts and feelings.

She Come By It Natural is out in mid-October 2020.