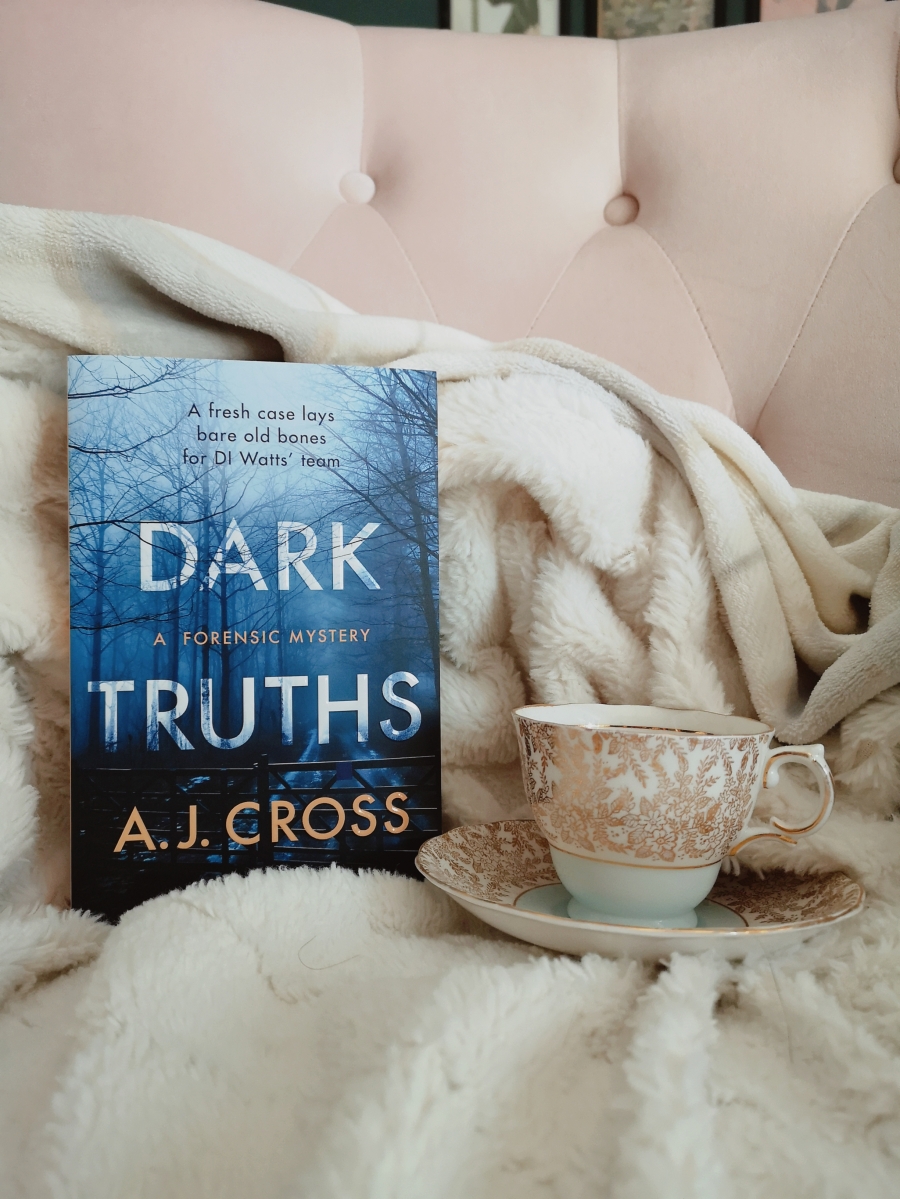 When a headless woman’s body is found on a running trail in Birmingham, UK, DI Watts is on the case. When a further gruesome clue is found nearby, criminologist Will Traynor is called in to help. But can he get past his own trauma to focus on the case?

Dark Truths is the first novel in a new series by AJ Cross, author of the Kate Hanson mysteries. The series is named for Will Traynor, who is a criminologist whose own wife was taken by a serial killer. His obsession with that case consumes him and makes him difficult to work with. I don’t love this character backstory. It feels really far fetched. But it doesn’t spoil the story.

We spend almost all of the book with DI Watts, who has a black cat which makes him immediately likable. He’s a really good investigator and is a nice solid lead for this kind of story. The other lead is Judd, a young officer who has more enthusiasm and attitude than skill. Judd initially really annoys Watts at first, which adds tension, but slowly starts to find her way. It’s a nice arc.

The book happily focuses mostly on the case, giving us the right amount of personal lives of the investigating team to make them human and interesting, so we’re invested in them, but not too much. I find too much can really slow the mystery down, but this doesn’t happen here.

The case in question is really intriguing. A woman found dead, and then we find out she was beheaded: that’s a pretty intense opener. It leads into another case that went cold, and I think the plotting here works really well. I don’t want to tell you much about it and spoil it at all but it’s a solidly plotted mystery. I didn’t guess whodunnit, which is always a good sign for a mystery series. Though I have to admit, I found it a little odd that the police didn’t talk about where the missing bodies were as much as they talked about the people involved, which was a bit odd.

The overall tone of the book is a lot like most British police procedural novels of this type, which I mean as a compliment. This was a nicely paced, well written genre novel. I’d certainly read more in the series as it comes out. I’m curious as to whether Will Traynor will work with the same characters again or if the series will be more about different cases he works on.

Read It If: a great new entry in the British crime/mystery genre. If you like things like Vera, you’ll enjoy this.

Thank you PGC Books for the copy of this book for review. All opinions are as always my own.

Dark Truths is out now.