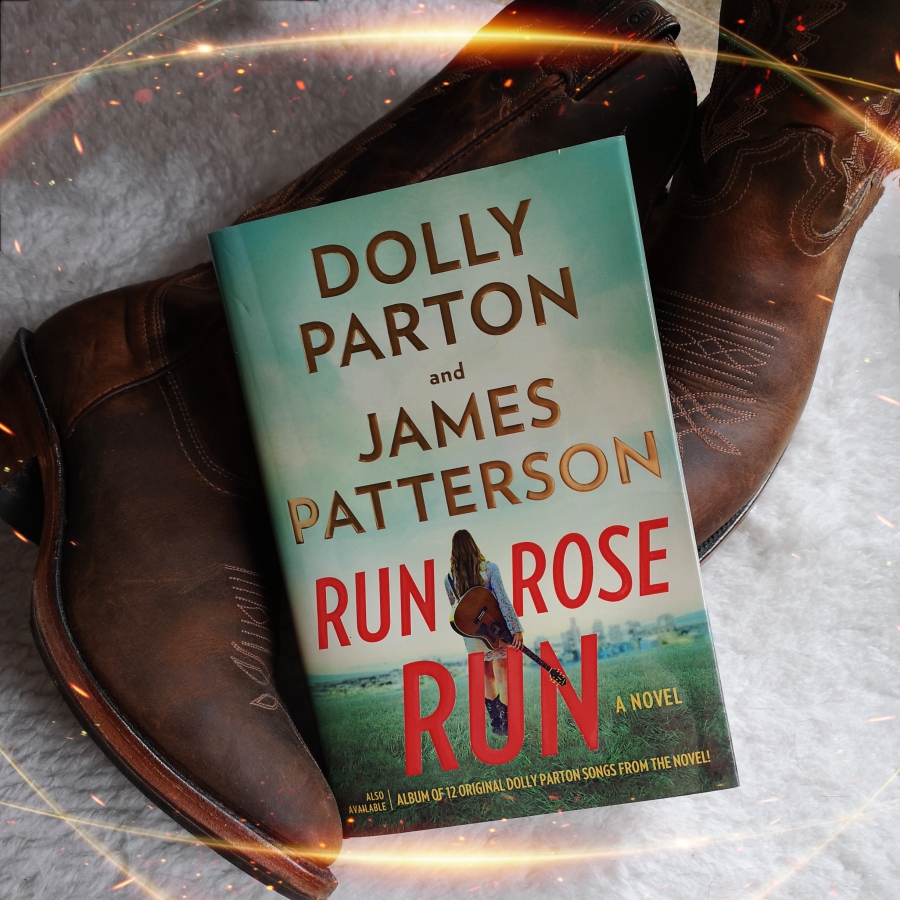 AnnieLee is on the run to Nashville, determined to make it big, stealing a truck on the way and willing to sleep rough. While she has talent, she also has a past, and it’s one that determined to catch up to her. Ethan is a musician who sees her in a bar and can’t forget her, but he has a secret of his own. Meanwhile, he works for huge country star Ruthanna, who has retired, but is AnnieLee the person who can bring her back to herself and out of retirement?

Just for fun, I read this while listening to the album that Dolly Parton was inspired to write as she worked with James Patterson on this book. It’s a good album and it’s fun to hear the songs in the book as actual recorded songs.

There are a few of these books coming out recently, where a seasoned thriller writer teams up with a public figure to create a story. It’s a clever marketing ploy, and one I don’t mind succumbing to when Dolly is involved. This book really feels like a 50/50 effort. It reads like Patterson’s plotting and writing style, but the music industry info and the dialogue feels very Dolly. And Ruthanna and AnnieLee are very much drawn from Dolly’s own stories and anecdotes. It’s pretty neatly handled, really, because this could have been really obvious, or cringey if it was overdone. But it’s used to give the book flavour and satisfy your Dolly craving, rather than pandering or swamping the story. I was kind of impressed.

The book opens dramatically, like you’d expect from Patterson, and while it does slow down a little in the Nashville music industry scenes, it’s really pretty pacey, with plenty of short chapters and always moving forward. I liked the way the book kept me guessing about what AnnieLee’s past was and who Rose was, there was plenty of tension and a little romantic will they/won’t they with Ethan. I think you could argue that there are times when AnnieLee’s enemy could easily get her, or that the path to fame comes a little too easily to AnnieLee, but I think that might be sort of beside the point. You pick up this book because you like Patterson’s writing and you like Dolly, and it really hits the mark. It feels satisfying as being a bit of both of them. Or a Patterson thriller with Dolly’s flavour. I had fun reading this, and it’s really not trying to be something it’s not. It just delivers.

If you’re on the fence about reading this, I say dive in. It’s entertaining and it does what it sets out to do.

And a fun little side fact, the main character is called AnnieLee, which is really close to Dolly’s mother’s name, Avie Lee. And Dolly has credited her mother’s side of the family with being where she got her talent from.

Read It If: you’re a Dolly fan (and who isn’t?) and you love popular thrillers or James Patterson, this one is for you. It’s a nice read and it’s good fun.

Thank you to HBG Canada for the copy of this book for review. All opinions are my own.