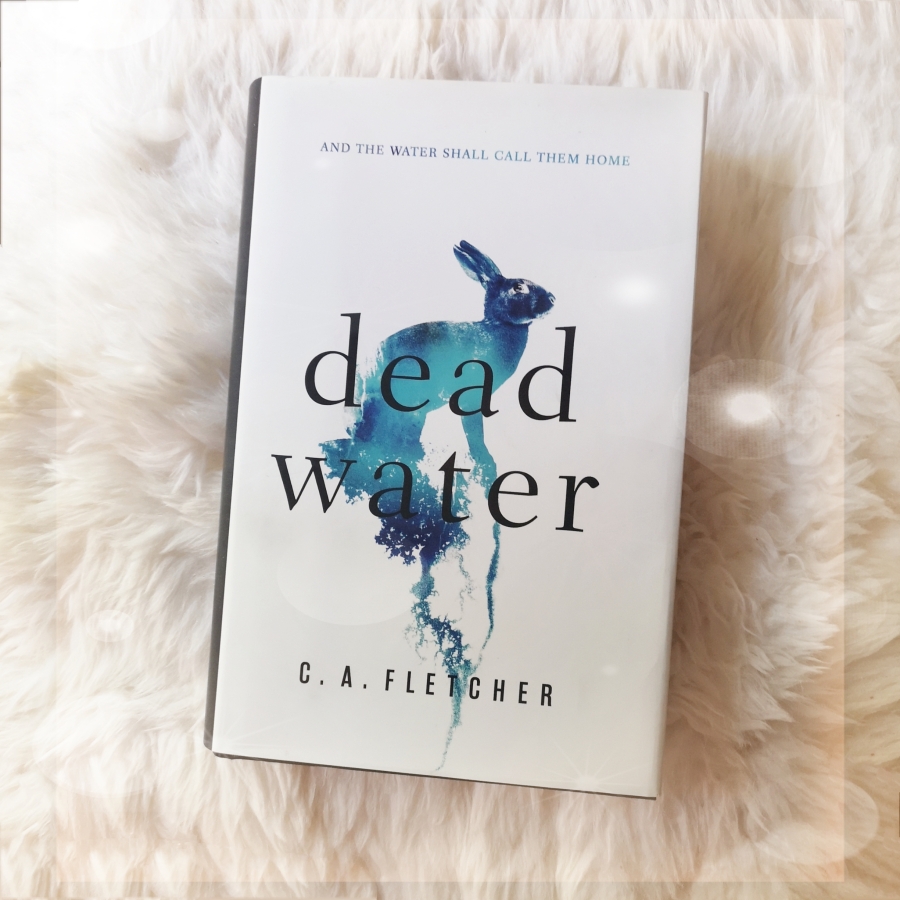 On a small Scottish island, there is the usual mix of old families and new people, each with their secrets and troubles, grudges and pasts. When a man from the mainland digs into something he shouldn’t have, events unfold that leave something leaking into the water, and soon, with a storm coming, the island is cut off and everyone is in danger from the water, and who is makes them become.

This book poses a very Stephen-King-esque scenario. While the island and some of the characteristics of the people who live there are definitely Scottish, the the character types, the small town atmosphere and even way the characters turn on each other is very Derry, Maine. The storm on the horizon and the supernatural elements really add to this. It was this that drew me to reading this book and kept me turning pages.

That’s not to say that this book is derivative. The author definitely has their own voice and a fairly original idea, and using the Viking and old Scottish folklore and symbolism was really nicely done. I liked the way the thing in the water worked and how it got there, and that whole aspect of the story (I’m trying not to give anything away!). I also felt like all the characters felt quite thought out and well rounded, which they often aren’t in this genre.

At first, I wasn’t sure that I was going to like this book. It starts off quite slowly and isn’t big on the flashy or gory scares, at least early on, taking a lot of time to establish the place and all it’s characters. It’s very much a slow burn. Sometimes slow burn books are really hard to stick with for me and can be a bit of a chore to read, but I liked the way that, since this one had a lot of characters, we really got to know them and that allowed a sense of dread to creep in and gave us time to care about them. That said, I think I was about 12 chapters in before things started heating up, which I think may put off a lot of readers.

I think if you know going in that it’s going to be slow and you don’t mind, or you even like that kind of read, then this would be a good one to add to your reading list, especially for the Fall/Spooky season. It’s more of a creeper than a straight up horror story, but when it gets going at the end, there’s a lot happening, and it’s quite dark and stormy. On the whole, it works really well, and I liked it.

Read It If: you’ve ever gone to stay somewhere remote and wondered what would happen if a storm came up and things started to go wrong… where no one can help you. A slow burn spooky read to add to your TBR.

Thank you to PGC books for the copy of this book for review.