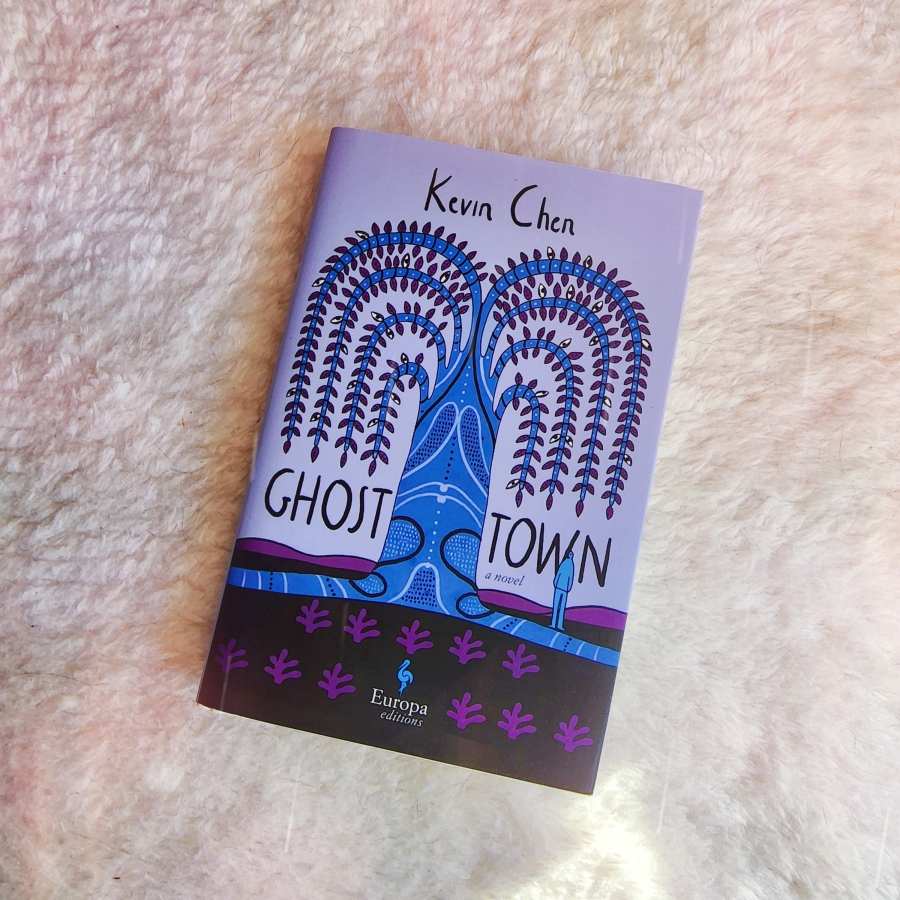 When Keith returns to his dying home town in Taiwan, after being released from prison in Germany, his homecoming coincides with the Ghost Festival, when the gates of Hell are opened (as the book describes it). His return brings a lot of ghosts, from the literal ones of family members who have died, to the personal ones of his sisters and his family’s past.

The story is like a ghost itself, floating, strange, drifting through the past and the present, moving through the lives of the different characters and even voicing some deceased members of the family. While the label of main protagonist is probably best leveled at Keith, as he incites events of the novel, and with the mystery of what led him to Germany and his crime there, the book is really more of an ensemble, with the family secrets and things that haunt the family being the real connecting element. The book is at it’s best when it’s being ghostly, whether that’s taking the voice of a dead family member, showing us the dying home town where everyone has left, telling us stories of ghosts and spirits in the local area or places that are part of local lore, or just drifting between past and present so beautifully. It may perhaps be a little confusing at first until you get the rhythm of the tale telling because the changes in tense and character, and sometimes first to third person, within or across chapters is not clearly marked or introduced.

As I sat reading this one, I found myself very involved and engaged with the story, enjoying the writing, but I felt like I didn’t really enjoy it. The fact is, the book is relentlessly depressing. Everyone in the family has a tragic story and after a while, because there is no light or many simple pleasures, the book takes on a very dramatic, soap opera feeling.(Perhaps not surprising, given the author is also an actor) Reading this, I was reminded of the book (or movie) Peyton Place. It’s entertaining and not badly written, but it feels a bit melodramatic or what some people call “misery porn”. This book has loads of animal harm, homophobia, bullying, domestic violence, self harm, rape, murder, mental illness, sexism, poverty, violence, child abuse, political arrests, a cult, … and of course, Nazis. Suffice it to say, this may not be a book for everyone.

As you may notice if you read the blurb of this book, it’s written by Kevin Chen and the protagonist is called Keith Chen: this book does contain biographical elements, which is something to think about and ponder on a little (and again reminds me of Peyton Place). It was the winner of the Grand Prize at the Taiwan Literature Awards and has been highly anticipated by the New York Times. There’s a very interesting chapter at the end which the translator uses to talk about the way they chose certain names and words to translate the book and the title itself, which was a really nice touch at the end. On the whole, it’s evenly paced, entertaining and very readable, with vivid characters and a unique narrative voice, even while it’s also relentlessly dark and often brutal.

Read It If: it’s wonderful to get your hands on books like this, translated into English and steeped in culture and colour and drama from other countries that we don’t often get reads from, in my experience. This one may or may not resonate with you, but the author does have a lot of talent.

Thank you to PGC Books for the copy of this book for review.