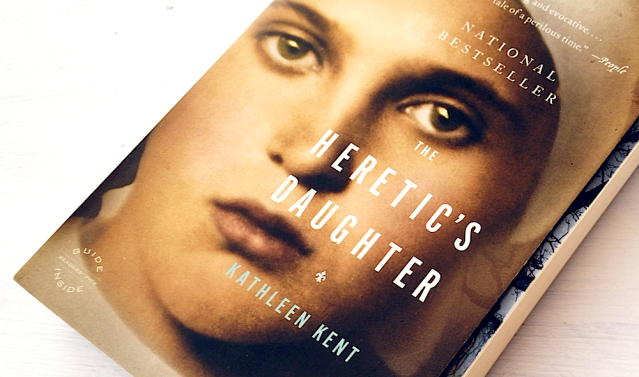 A family story retold by the descendent of one of the victims of the Salem Witch trials, this follows the story of the Carrier family, capturing the social and political milieu which fostered the conditions for witch hunting mania.

The language is passionate and evocative, told through the eyes of the ten year old daughter who struggles to comprehend the tragedy occurring around her as her mother is accused of witchcraft.

Perhaps this novel doesn’t cover new ground, the facts of the trials are well known, and the story line itself doesn’t deviate from known facts, but there’s something about the Salem trials that is endlessly fascinating, and much of the story told here comes from family anecdote passed down through generations, which adds a freshness and curiosity to the story. It’s full of colourful description of events, the landscape, relationships and the social conditions that led to the hysteria of the trials. Told through the eyes of Sarah Carrier, the story becomes a terrifying indictment of human nature but also reminds us of our ability to endure.