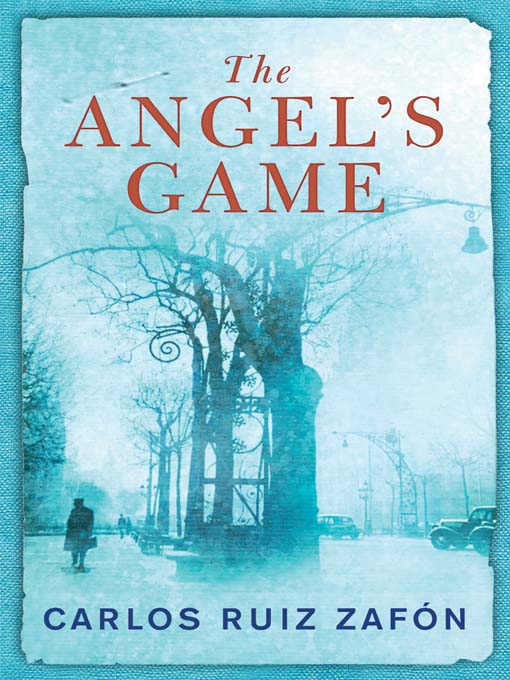 In 20’s and 30’s Barcelona, David Martin is a teenager whose father has died, and who works in a newspaper office. When his short stories make the back page, he’s launched on a career as a writer of lurid, crowd pleasing fiction, but he has a dream of writing something more literary. While he makes a lot of money, he moves into a beautiful but crumbling old house, and reluctantly takes on a determined assistant Isabel.

But things are not simple, he’s offered a lucrative deal with a strange publisher called Corelli, who wants him to write a mysterious work in exchange for a large amount of money. But something is not right about this man, and there’s some connection between Corelli, a strange book and the house he lives in. And then the murders start…

The book is partly a mystery, as David explores the connections between the previous occupant of the house and Corelli, but it’s also the life story of David, with his past, his love for a woman who he cannot have, and his frienships with Isabel, who is a teenager full of life and spirit, and the Sempere’s who own a book shop. And for those of you who have read Shadow Of The Wind, a certain Cemetery of Forgotten Books is in here too.

A prequel to the wonderful Shadow Of The Wind, which I also highly recommend, this book takes in themes of mystery, crime, romance, family, religion, good and evil, the supernatural… In a lot of ways, Zafon’s books are for lovers of Alexandre Dumas and Dickens, with that sense of adventure and romance. He’s a writer for book lovers, those of you who love the scent of old books and coffee, of the dark backrooms of second hand bookshops and finding that perfect volume and ignoring everyone while you read it in one sitting.

Read It If: you love books, especially adventure and romance. A book to read in one sitting!

4 thoughts on “The Angel’s Game by Carlos Ruiz Zafon”