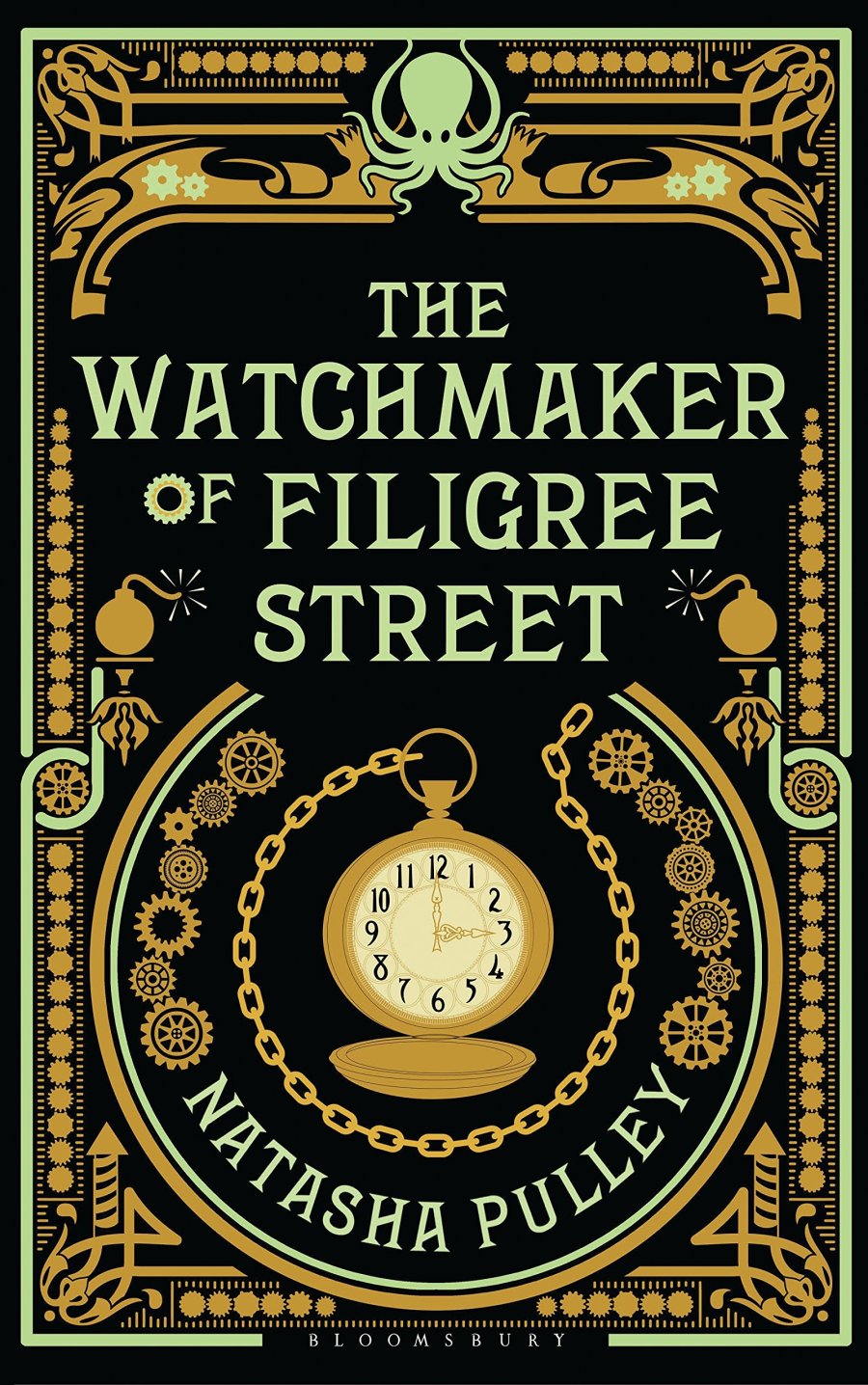 London, 1883, three lives are drawn together. Thaniel, a young man who works for the Home Office as a telegraphist, an eccentric Japanese watchmaker who may have links to a bomb set my Irish revolutionaries, and Grace, a woman at Oxford who longs to be able to work on her science experiments in peace. When Thaniel finds a watch left in his lodgings, he starts to investigate it’s maker and is tasked with watching the man for clues to his links to the bomb, whilst their friendship deepens. But is the watchmaker Mori all that he seems?

This is Pulley’s first novel, and it’s really quite good. At first I found that I couldn’t get into it, I think I wanted more to happen in the early chapters. But I found myself slowly drawn into the life of Thaniel, his routines and his life, his loneliness. Then I found myself getting more interested in Mori and the mystery around his clockwork machines and how he seemed to know things that he couldn’t possibly. And I really liked trying to figure out where it was all going and what it all meant. And then the ending…. It’s a really good yarn.

Pulley writes beautifully about another time, and I liked her use of science as it was then and ideas about the afterlife, seances and the existence of ether. I liked the way the threads of Mori’s past and his hidden and unfolding story were slowly woven into the lives of Thaniel and Grace was slowly pulled into the game too. You wonder who set the bomb, which is the initial mystery, and then you realise that the real mystery is Mori and his strange ways. It’s a charming book, a really great first novel, and has quite a few good twists thrown in too.

Read It If:  you love Victorian stories, historical fiction or a mysterious story and unwinds in twists and turns. A ripping yarn.