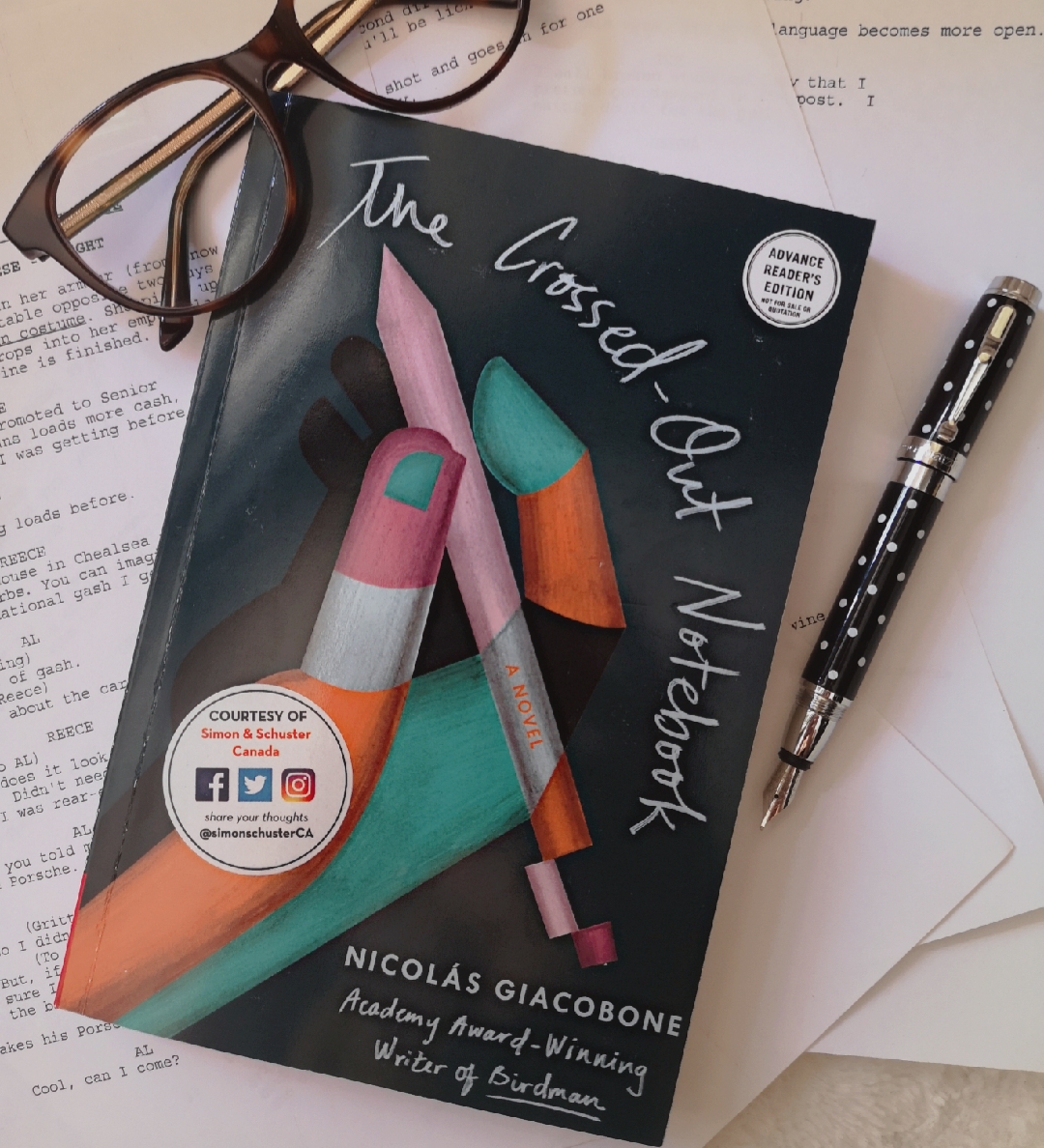 As soon as I realised that this book was by the writer of Birdman, the film starring Michael Keaton that swept up a bunch of awards in 2014, I was really interested in reading it. The Crossed-Out Notebook is the story of Pablo, an Argentine screenwriter, who has been kidnapped and locked a basement by a egotistical and very famous film director, Santiago. There he is forced to write scripts for the director who claims them as his own, and wins many awards and much fame for them. The book itself is a notebook that the isolated writer scribbled in every morning and then crosses out so that his captor can’t read it.

I actually sat down and read this book in one sitting. At 256 pages, it’s not a long story, but I kept wondering where the author was taking me and what Pablo’s story was, how he would get out of that basement. I felt pretty bad for Pablo, and yet he’s sort of grotesque. He talks about his bodily functions a lot. I guess he doesn’t have much else to think about down there. In that sense, it was kind of like a train wreck, I couldn’t look away. I was hooked.

Much like Birdman, the overall tone of the book is one of poking fun at the ego of people who work in film. Even of the ridiculousness of the industry as a whole. It’s a place where larger than life people make stories about ordinary ones, or at least tell stories that ordinary people will go see. Sometimes these creators are completely divorced from reality. And it’s kind of entertaining. The writers of films are often sidelined by the Auteur Theory, that the real and only film maker is the director, and they are sometimes brushed aside as people of little import. So there’s plenty of exploring these ideas and making fun of it all.

But also, I think that many people can probably relate to working hard and being invisible while some megalomaniacal manager takes the credit and glory for your work.

The key thing is that Giacabone is ultimately very incisive but always funny. I started off concerned about Pablo, but so often a line or a situation would strike me as really funny. In a very dark way. I liked that Pablo was the victim, and yet he was pretty repulsive sometimes, making me realise that the author makes you see him a bit like the way Santiago does. And since he’s a character in a book, wasn’t he kind of put there in that basement by the author for my amusement? Maybe that’s overthinking it, but I can certainly get behind the idea that a crazy movie director could actually lock a writer in a basement and not let them out. Nothing is stranger than what goes in in Hollywood…

Read It If: Darkly comic and smart, if you liked Birdman, have ever wanted to work in movies, or just have that sense of humour, this is highly recommended.

Thank you Simon & Schuster Canada for sending me an Advanced Copy of this book for review. All opinions are my own, honest ones.

The Crossed-Out Notebook is on sale September 24th.