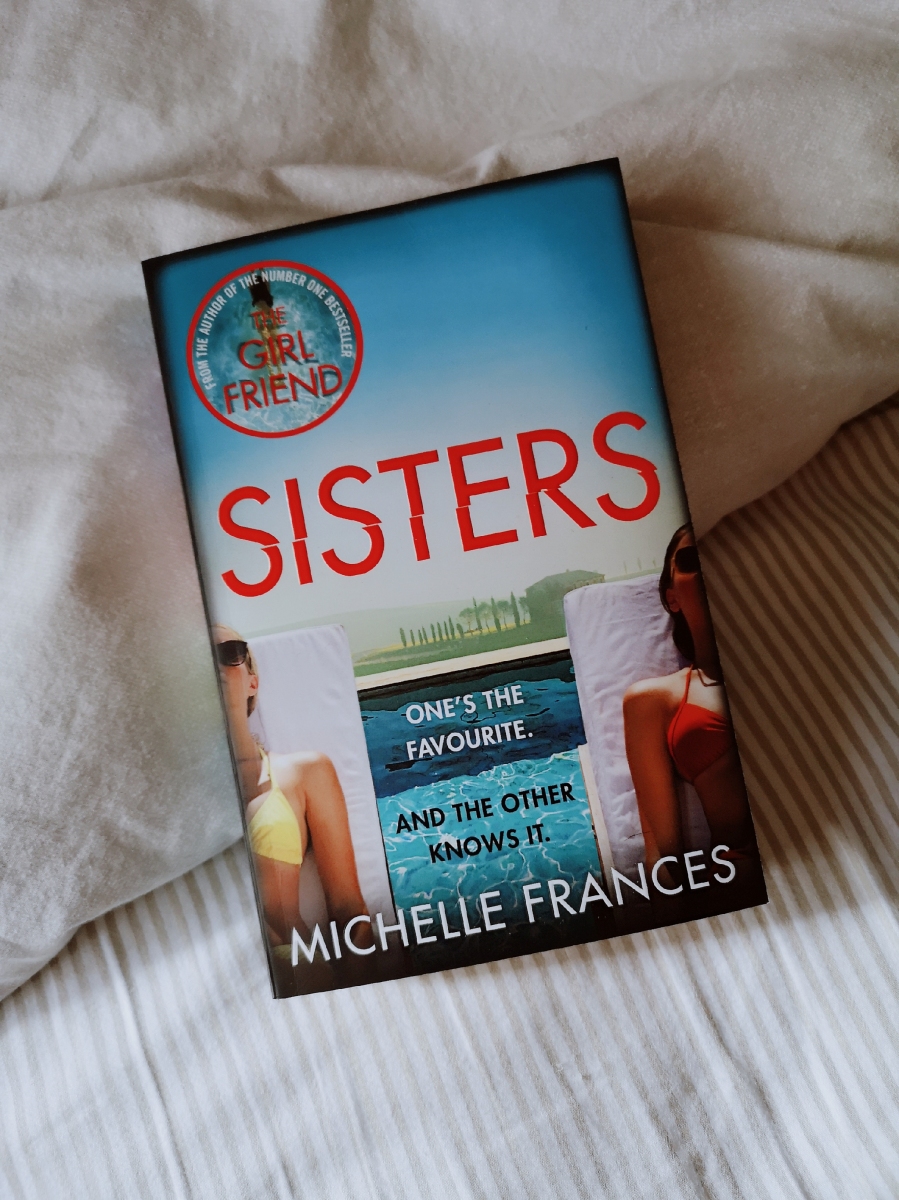 Abby is the successful sister. Ellie is the vulnerable, pretty sister. Everyone knows that Ellie is their mothers favorite, but Abby has figured out something about her sisters childhood illness that might blow the family apart.

I liked the cover of this book and I have read Michelle Frances The Girlfriend, which was far fetched, but not bad. That book had a crazy mom and a woman characterized as greedy and grasping, which are themes in this book too. So perhaps they are part of the Michelle Frances formula. But they’re not as well handled here as in that book and felt like they were meant to create a heightened situation that just didn’t come off.

I didn’t love this book. I found that I guessed the whole plot in chapter three, where it’s overly obvious that the younger sister is the victim of Munchausen by Proxy. I will say that the book kind of wakes up a little after a few chapters, but it’s really all kind of silly and really unlikely. The whole book felt a bit lazy.

I found all the characters really irritating. None of them are well written. Ellie wants everything handed to her because she’s a victim. And we’re meant to believe that Abby has made it to the top of the business world and is retired at 37, and yet is easily made to feel guilty and allows her family to walk all over her. We’re meant to believe that she has no life, like as if being a woman and having a career and retiring would make you unhappy… it’s icky. The two girls mother seems to be really crazy and outlandish, but no one stands up to her.

The book starts with the girls on holiday in Italy, where Ellie has gone to Abby’s house for a break and their mother follows them there. The book later takes us on the road through France and Spain as well. And yet the whole book read like it was in the UK. There was no atmosphere or even basic research into the places the girls go. The Italian police seem to have jurisdiction and are able to just go and investigate crimes in France. It made no sense at all. Different countries have different sights, smells, and social mores. Italy is quite different to the UK. There was no sense of place or even the way that place can heighten issues.

There wasn’t much of a plot. There were moments where I think we were meant to doubt different characters, and maybe think someone was lying, but it was half hearted. It was always clear what was going on, there were no real twists or anything. And most of the drama really just came from the characters doing something no one would do in real life and making sure to drag out conversations which would have sorted out all their issues in a few sentences.

It’s a bit of a weak book on the whole. I know that domestic thrillers are generally fairly light and have a gimmick and a twist in the end, and are not all that deep. They’re a bit of intriguing escapism, and I have no problem with that. They can be fun. But this one is predictable, fairly dull, and all a bit silly. And please, stop picking on Abby for being a responsible adult who has made something of herself. If you liked other Michelle Frances novels, you might like this one, but I think on the whole, it’s not her best work.

Read It If: A light Summer read, but perhaps a little too light for some. Might please Michelle Frances fans, but I found the whole book a bit too unlikely and unbelievable.

Thank you PGC books for the advance copy of this book for review. This book it out now.