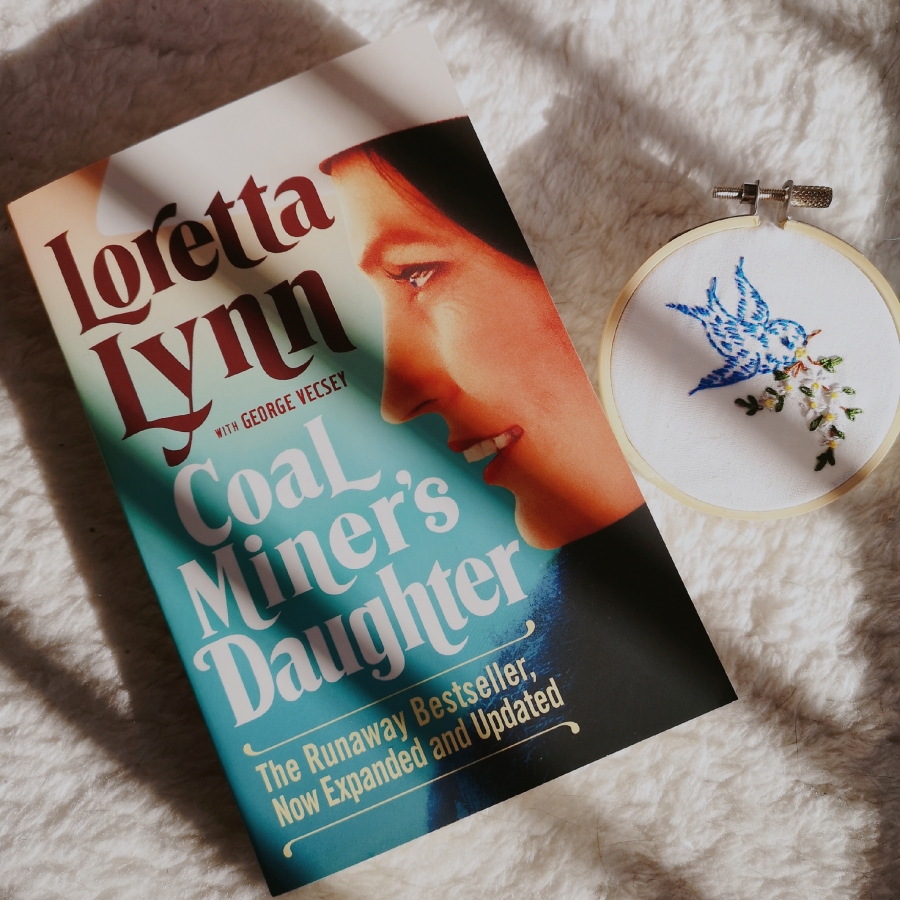 With the help of George Vecsey, Loretta Lynn wrote the story of her life 1976. It was a huge bestseller and has never been out of print. It was made into a film in 1980, starring Sissy Spacek and Tommy Lee Jones, and last year marked the 40th anniversary of that film. (I have a review of this film on my other blog) To mark this, the book was re-released with added material which covers the intervening years.

In case you haven’t heard of her, Loretta Lynn is the Queen of Country Music. She started singing at home as a child in the holler she grew up in in the Appalachian mountains. Her father worked in the coal mines and life wasn’t easy. At 13 she met and married her husband Doo and had 4 children by the time she was 19. Their relationship was long lasting but tumultuous, but she was encouraged by her husband to sing and make records. She worked hard and is still working hard making country songs about women, life, love and heartbreak.

Loretta is a very down to earth person. Her music is about things that effect everyday people and she has tried to stay close to her roots. The book captures her voice really well. Her turn of phrase, positivity, honesty and humour are all here. Her toughness and resilience, but also her honest vulnerability. I think this was one of my favourite aspects of the book. I felt like I was sitting down with a friend. And I love her expressions and turns of phrase.

Her life has been really interesting. It was insightful to read about how her life was changed by fame and fortune and what a typical day is like for her when she was on the road. In some ways, her life and Dolly Parton’s have some similarities. But I think my favourite parts were about her growing up and what that was like. The place she lived, her family, what they ate, what they wore. It’s so outside of my experience and I loved it. Her relationship with her husband was also interesting. From the book, I think she implies that he was an alcoholic and she loved him very much. It’s complex. On the one hand, he believed in her and her voice. She would not be a singer without him. And yet, he sometimes hit her, bossed her around a lot, sometimes didn’t come home. We see relationships so differently now and have more options. I think a lot of marriages made at the time she got married were like hers and her attitude and tolerance, as well as love and loyalty towards her husband, are really something. I got a lot out of reading those parts. Times were different.

It’s such a great book. I’m really glad that I read this. I feel like I got to know Loretta Lynn and I love her. She’s tough, mean, funny, smart and self aware. And has led a very interesting life.

Read It If: obviously her fans will love the updated material. But this will also please those who love biographies and memoirs, as well as any country music fans. It’s funny, sometimes sad and always heartfelt.

Thank you Hachette for the advance copy of this book for review. Coal Miner’s Daughter is out now.