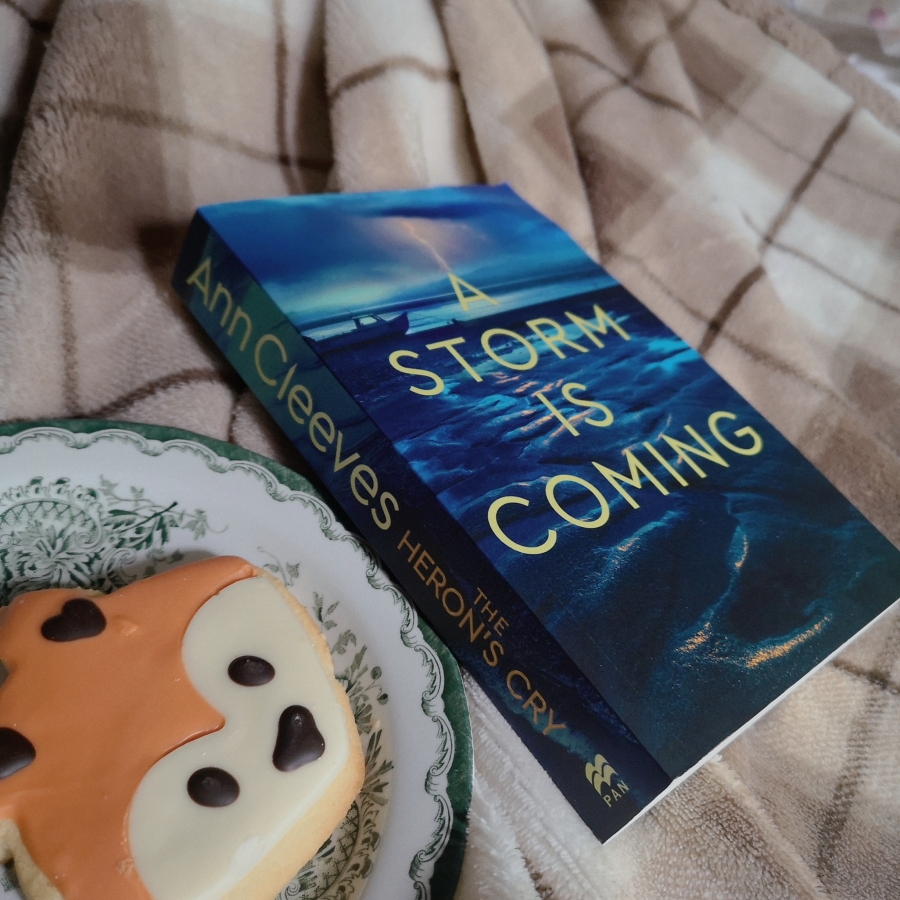 Jen is a police officer, off duty and at a friends get together, when a man approaches her. She’s too drunk to really engage with him, but he seems to want to talk to her in a professional capacity. The next day, he’s found dead, murdered in his daughters art studio. Was the killer someone who wanted to hide something he found out about them through his work, or was it someone who lived in the farm and studios where his daughter lived and worked?

This is the second book in a series from writer Ann Cleeves, who also pens the Vera mystery series as well as some others. This one is called the Two Rivers series on Goodreads, but the lead detective on the cases is Matthew Venn, and it’s a British police procedural style mystery set in a small town in Devon.

Venn didn’t come into the story for a few chapters, which was worrying for a little bit since I found Jen beyond irritating. The book moves between characters, so we get a sense of the crime and the people involved, how it effects them and little clues. And we also get to know all the people on the case and a little about their lives and backgrounds. I like this. It’s not overdone and soapy, but it draws you into the series and keeps you wanting to read more books, and it also creates a sense of reality. Unlike a cozy mystery, these police procedures feel more real and more gritty and Ann Cleeves is such a master at these.

Matthew Venn is a great lead. I really found him fascinating. His backstory is that he was brought up in the Brethren, a strict religious community, which shaped his personality, but he left when he came out as gay and was cast out. The first book apparently focused on a case that involved that community more closely, which sounds like a great plot. (I haven’t read that one, and you don’t have to have read that book to read this one. You can start right here if you want to). I really liked the way that Matthew’s austere personality and methodical, quiet approach was shaped by his time growing up in that religion and I really liked his relationship with his husband.

The other thing that I like about this book and the series, is that the place is a small town on the coast of Deven in the UK, and because of this, there’s the added issues that people who work the crimes know the victims or their families. It makes the whole investigation more complex and adds a layer on interest. It felt like a nice addition to or twist on the British procedural genre.

There’s a link to suicide in this case, and it’s a theme or facet of the case as a whole. The book handles this really well, not romanticizing or sensationalizing it. The man who was killed was investigating the mental health services that had let a young man back into the community who subsequently killed himself. I liked the plot because you’re really thrown off. Was the crime committed to silence someone? Was there more to the suicide, or is it all nothing to do with that, and instead something to do with the art studio? I didn’t guess the ending and I liked how there were different threads in the plot and the way that everyone was linked to everyone. Can we really see people as they really are when we become complacent from seeing them all the time? People we know well can have secrets or secret lives.

I think I’ll get the previous book in this series and read it. I liked this a lot, it felt like a solid entry in the genre and had a freshness that I liked.

Read It If: you like small town mysteries or British police procedurals. It has a really great lead detective and Ann Cleeves is an excellent mystery writer.

Thank you PGC Books for the copy of this book for review, this one is out now.