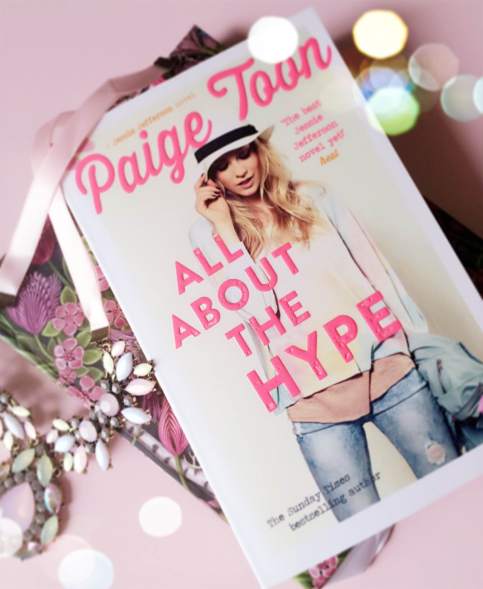 I’m pretty excited to share this one with you, because I really enjoyed it. But before I tell you about it, in the interest of full disclosure, this was sent to me by the lovely people at Simon & Schuster for review.

This book is the third volume in a series of young adult fiction about Jessie Jefferson, a girl who discovered after the sudden death of her mother that her biological father was a hugely successful and famous musician. As she navigates her grief, and the changes that having a famous father bring into her life, Jessie also finds herself caught between the England she grew up in and the LA that her new found family occupy, her new and old friends, and the boyfriend she cheated on and the one she wants to be with.

In this installment, Jessie is living in LA with her famous father, his wife Meg and their two young children, and she starts school with the children and child stars of Hollywood. The book opens on her 17th birthday, and the anniversary of her mothers death, which I found really hard to read. Which just goes to show that Toon is a really good writer, because I felt really bad for Jessie.

I guess because of that, the book is not as shiny and happy as the cover would suggest, but that said, it’s a really good read. But I really enjoyed the Hollywood setting, and the love triangle with Tom and Jack is really good, Tom being her old British boyfriend, and Jack being the sexy American band member. It was really nicely played out, and bittersweet. The way that fame and notoriety changed Jessie’s life was really interesting, and I loved her friendships and her growing relationship with her Dad. Jessie is a nice person, a normal girl, thrust into a strange world of fame and glamour, and I loved the descriptions of the wealth, the lifestyle, the clothes, the concerts… but Jessie is always kind, down to earth and fun. And that’s what the heart of this novel is.

Paige Toon has written quite a few adult novels, and I’m seriously considering curling up with one or two this Summer, I like her writing style, and in this book she’s managed to convey sadness and grieving, but also hope and humour, and a dsh of romance. Very good.

All About The Hype came out on July 28th, and the paperback retails for £6.99, which you can purchase HERE. Visit Paige Toon’s website at paigetoon.com, or follow her on Twitter @PaigeToonAuthor. You can also find her on Intagram @paigetoonauthor (she has the cutest shelfies).