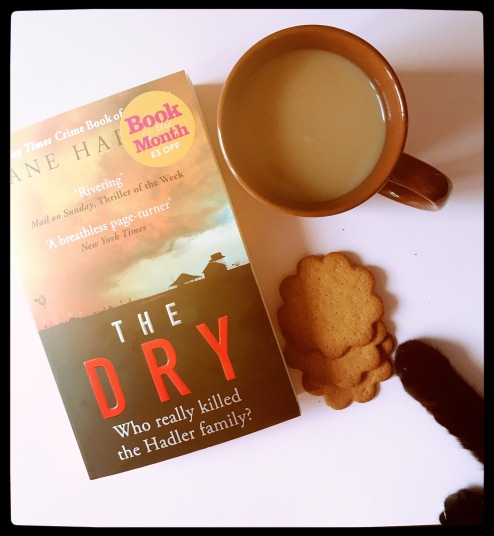 Following the death of his childhood best friend, Federal police officer Aaron Falk returns from Melbourne to the small country town he grew up in. His old friend Luke apparently killed himself after murdering his wife and six year old son and in the town of Kiewarra tensions are high. The grip of a two year drought has a choke hold on the community of farmers who rely on the rain to keep their crops and animals alive, and there is anger and despair everywhere.

It’s a horrific crime in a small community, and Aaron is reluctantly drawn into the investigation of the deaths when some small details don’t add up. But Falk has his own past in the town, and many people are not happy to see him back there. As he tries to do the right thing by his deceased best friend, he can’t help but remember a death years before, the suicide of Ellie Deacon, his high school girlfriend. The town is full of secrets and lies, and it wouldn’t take more than a little spark to light the fires of anger.

It’s a well written and paced story, and evokes the Australian landscape and country lives and concerns really beautifully. The heat hangs like a haze over the whole story, and you can feel the crackle of dead grass under your feet and the call of thirsty gallahs as you read. I liked the unusual setting for a crime story, often crime novels are not set in Australian small towns and farms. The past is woven into the crime investigation really neatly through flashbacks, which give you just enough of the mystery to keep you guessing and interested without giving away too much too soon. This is Jane Harper’s debut novel, and if this is anything to go by, would could have an interesting new crime writer on the scene.

Read It If: should please crime or thriller lovers of the best-selling variety. Great page turner.

10 thoughts on “The Dry by Jane Harper”