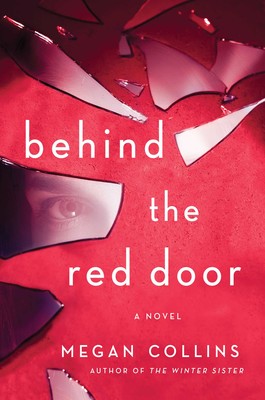 Astrid Sullivan is on the news for going missing again after the recent publication of her memoir of her abduction at 14. When Fern, a social worker with anxiety problems, sees her on TV she is sure that she met her, but her husband thinks that it’s just that her face is well known. But when Fern returns home to help her academic father pack his home for his move to Florida, she starts to remember more. Does she have forgotten traumatic memories of what happened to Astrid 20 years ago that might help her find the abducted woman now?

A key part of this book is Fern’s relationship with her father. He’s a cold and manipulative man who studies fear and used to relentlessly do “experiments” that were cruel pranks. Fern was the main recipient of them, and while they are clearly unethical, she wants her father’s love and approval so much that she can’t see that his actions have had a negative impact on her. He often states throughout the book that his childhood was damaging and violent, and so since he never hurt her physically, then he was a good parent and therefore not abusive. Meanwhile, Fern’s mother, an artist, has made it clear that since she was never interested in having children, opting to have her and raise her at all is almost like a big favour. This dynamic is a big part of this story, and one that I really liked. The narcissitic family and the way it functions (or dysfunctions?) is really well realised here. I wonder if the author grew up with a narcissistic parent?

Another thing I really enjoyed about this book was the atmosphere and location. It’s got a really spooky vibe. Her parents home is in a small place and the house itself is surrounded by woods, which Fern’s father has always told her is haunted. Her father’s typewriter, his experiments, the shards of her mothers broken pottery, Fern’s fear and sense of unreality, a deserted cabin in the woods and the local bully who has made nothing of his life… They’re almost horror movie tropes, but they’re used well to create a sense of menace that Fern is almost too used to.

Fern herself makes a lot of sense. Her anxiety, her longing for safety and love, her sense that she can’t trust her own feelings all come from her very real neglect and strange upbringing. But sometimes she annoyed me a little by being a little too blind, too willing to be a victim and not take control or just the way she sometimes runs around almost hysterically and then wonders why no one believes her. Perhaps that’s because I almost immediately guessed where the book was going and who did what. It seems kind of obvious. But a great example is that at one point she goes to the police with no proof of what she’s claiming, and she hasn’t finished reading Astrid’s book. The proof she should bring up to the police is obvious, so the reader is left screaming the answer at her. Fern! Come on!

We get to know Astrid through excerpts from her book and Fern’s memory, and I quite liked her. She’s a counter foil to Fern. Where Fern is a compliant child who is neglected, Astrid was a rebellious kid who was had overly involved parents. Fern has done conventional things, and married a nice man, and Astrid is a lesbian who seems to have a complex relationship with her partner. She was interesting, and I wanted to know what happened to her when she was abducted and where she was now. I felt like the ending of her part of the story was kind of out of character and a bit unsatisfying.

Megan Collins wrote a book called The Winter Sister, and though I haven’t read it, I think some of the problems that some readers had with that book seem true here too. I really enjoyed reading this book. I like the plot and the atmosphere, and though Fern was annoying sometimes, I liked her on the whole. I wanted to know what was going to happen next. And though I saw the ending coming early on, I wasn’t 100% sure that Collins might not throw something else into the mix. She has a real page turning way of writing that made for a fun, dark, atmospheric read. The book moves along nicely, and I got a kick out of reading it.

Read It If: a great escapism read that keeps you turning pages, even if it’s a little predictable. The narcissictic family was well drawn and the spooky atmosphere is really good.

Thank you Simon and Schuster Canada for sending the an advance copy of this book for review. All opnions are my own honest thoughts. Behind The Red Door is out August 4th.

2 thoughts on “Behind The Red Door by Megan Collins”