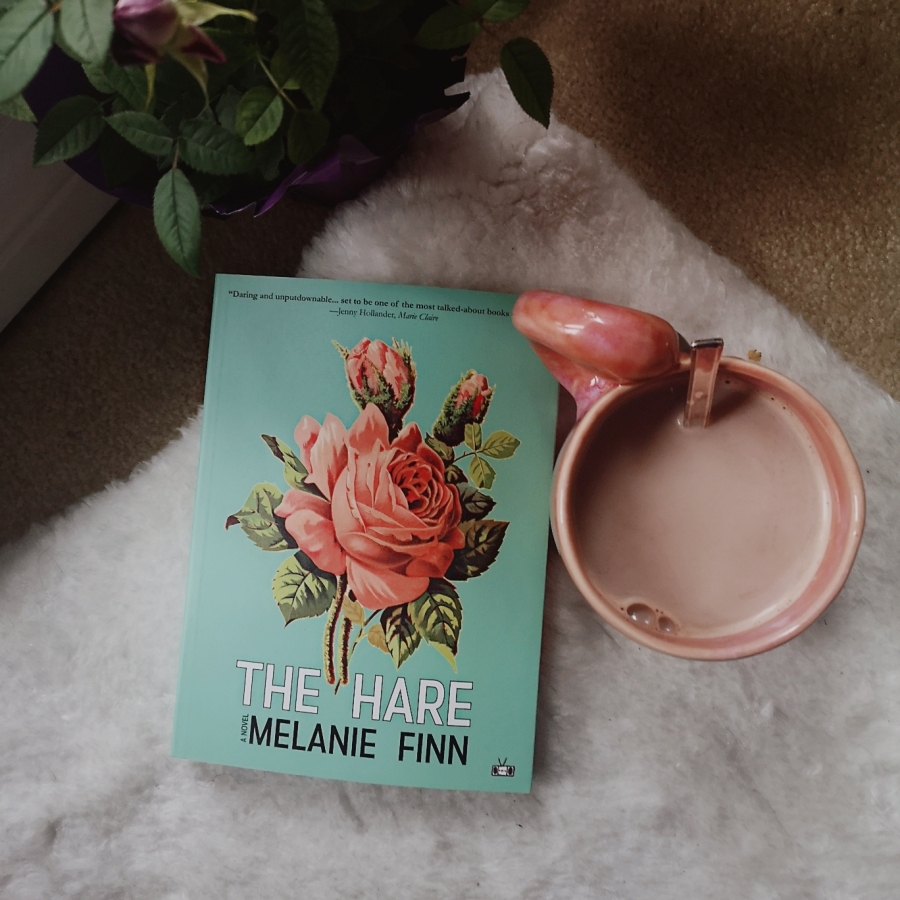 The Hare is a character driven story about Rosie, a girl who was foisted on her grandmother after her parents death, an orphan who was well aware that she was unwanted. She manages to get a scholarship when she grows up and flees to Parsons to study art, but her low self esteem means that she falls for Bennett, a sociopath who eventually leaves her alone in Vermont during Winter in a house without heat and with their baby daughter. Rosie has to learn how to survive not just in the remote cabin, but also in her crumbling relationship that’s starting to seem more and more malevolent.

This book is largely being touted as a domestic thriller, which it kind of is, but I think it’s more dark literary fiction. The story takes in Rosie’s life as a whole, not just the situation in the cabin, and we learn about how she sees herself and how she grows and changes. I feel like a lot of domestic thrillers are in one place over a short time, and less character driven with simpler language, while also having a twist. This book isn’t like that.

The Hare is a feminist tale, and focuses on the way that the men around Rosie are predatory or indifferent. The book looks at how she’s damaged and how she grows, and her relationships with female friends seem more rewarding and real than those with the men she has contact with. It’s a story of trauma and survival, and a study of a fragile woman who finds her strength.

Sometimes at first I found Rosie a little frustrating. She’s a very realistic portrait of a woman under the sway of a dominating personality. And sometimes I just wanted to shake her and tell her to get out, get away. It was annoying that when Bennett wasn’t around, she stayed in the cabin knowing that he would return. Like, girl, move out! But that said, it’s a realistic thing to do. Bennett is really well written as a sociopath or narcissistic personality, with the little things chipping away at Rosie and her loyalty to him. He feels very real and quite chilling, and that was something I really liked. Rosie just can’t see what he’s like, because of her lack of experience and need for love. She’s so vulnerable to him, even though she does have strength at her core.

Bennett is from a higher social strata than Rosie, and he leaves her to struggle in poverty with their child. She does really well, I think, surviving, but the book does look at the difference between his set and her life. The difference between being rich and poor in America.

This book is pretty dark and might not be for everyone. On the whole, I liked it and do recommend it. The writing is really good and the characters feel vibrant and real. You’ll want to know what happens to Rosie and her daughter. But it is full of abuse and paedophiles, maybe too many to feel real. So that might not be for everyone. There are also some loose ends. There’s a predator who is after Rosie’s child, but then he just goes away. There’s a serial killer on the loose, which seems like foreshadowing, but nothing comes of it. Theres a private detective who hates Rosie, but we never know why. Rosie’s daughter grows up but we never really get to know her. Which feels odd. And even the ending implies that Rosie grows as a person and comes to terms with things, and yet, I’m left wondering how on earth she’s going to survive in the situation she’s created.

As a literary character study, it works well. The characters feel real, especially Rosie and Bennett. The book also explores some feminist themes and is bold about it, which feels fresh. But it is dark, and maybe needlessly at some points.

Read It If: you like feminist character driven stories that take you to dark places.

Thank you PGC for the ARC of this book for honest review. The Hare is out now.

4 thoughts on “The Hare by Melanie Finn”